Earlier this month, two new dancers made their debut performance with Diablo Ballet as it opened its very exciting 20th anniversary season. An earlier blog posting introduced readers to Tetyana Martyanova; this week we’d like you to meet Justin VanWeest who, as you’ll find, began his professional career years ago dancing with Tetyana.

Justin VanWeest is a small town boy living – and loving – a big town dream. Born and raised in Mebane, NC, a small town (current population approximately 12,000) near Chapel Hill, Justin is the third oldest of six children – he has 4 sisters and one brother, all of whom still live close to home. And although Justin’s home is now in San Francisco, he is, admittedly, “a southern boy at heart.”

Growing up, all the VanWeest kids were involved in various activities. But when there are six to be driven around, Justin’s mom would load everyone up in the van and if one didn’t have a specific place to go, he or she would tag along and watch one of the others. And in Justin’s case, this “hangin’ around” introduced him to his love of dance.

His older sisters took dance and competitive gymnastic classes. Justin would take his toys, sit in the lobby and watch his sister jumping on the mat. Thinking that it looked like fun, he decided he wanted to join in. However, he soon found out that while it was, indeed, fun, he wasn’t quite brave enough to perform all the competitive gymnastic/ acrobatic movements. 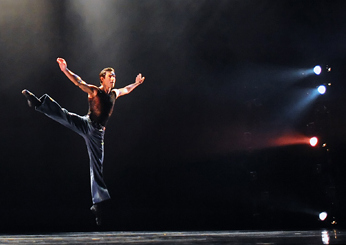 One of his sisters began dancing at Walkerdance, a studio founded by John Walker, one of the original dance students at the University of North Carolina School of the Arts (UNCSA). As the holiday season approached, Walker found he needed a “Fritz” for his upcoming Nutcracker production; he asked 9-year old Justin to take the role and that was the real beginning of Justin’s professional life. Walker was quite the disciplinarian and Justin discovered that he liked that structure; he spent the next six years training with Walkerdance.

“I was also into music at the time,” Justin said, and he had to make a choice. “I chose dance because it’s more physical, more like a sport. And there were always lots of girls in the classes!” In hindsight, Justin said he thinks he realized even then that with so few male dancers, his chances at building a successful professional dance career were pretty good.

Recognizing his talent and seeing how serious Justin was about dancing, Walker suggested that Justin attend UNCSA in Winston-Salem, a boarding school where students focus on their art and, according to their website, “an artist’s haven that promises prospective students an extraordinary adventure.”

Following his sophomore year in the public high school, Justin moved to Winston-Salem to complete his high school studies and concentrate on his dancing. And it was quite an eye-opening experience.

“I went from a rural, country public high school in an area that was not very progressive to a school where all the students were focused on their art,” Justin explained. “It was like being on another planet. Being in an art environment where all types of arts are studied was really awesome.” 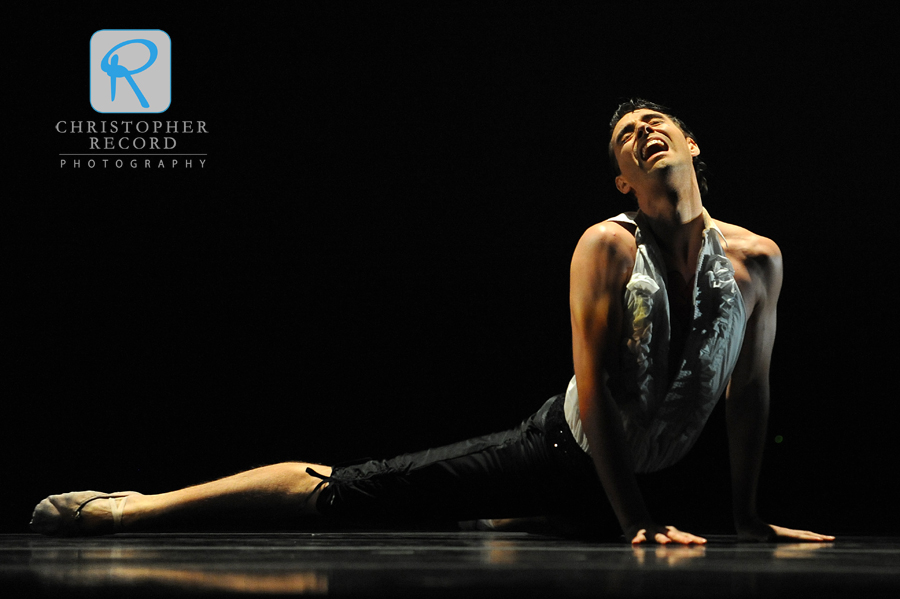 Justin spent summers studying at different ballet schools; he worked with the Boston Ballet twice and the American Ballet Theater in New York once. He met great people and had great experiences. (In fact, in the “isn’t it a small world” department, Justin danced with Diablo Ballet’s newly appointed resident choreographer Robert Dekkers while in Boston.) Leaving UNSCA after four years, Justin moved to New York to audition for a company founded by famed dancer and choreographer Eliot Feld. Unfortunately, the company folded just as Justin was preparing for his audition and his New York career abruptly ended. Although, he admitted, being a “southern boy at heart,” that probably wasn’t a bad thing.

He joined Columbia Classical Ballet in South Carolina. (Again, in the “isn’t it a small world” area, Tetyana Martyanova, Diablo Ballet’s other newest company member, was also beginning her professional career with the Columbia company and, in fact, the two young dancers lived together for a while.) After a short time there, Justin moved back to North Carolina and spent the next nine years dancing with the North Carolina Dance Theater in Charlotte.

After four seasons in North Carolina, Kara moved to San Francisco to dance with Alonzo Kings LINES Ballet. Justin stayed in North Carolina, missing Kara and knowing he had to make a difficult decision. “I had moved up the ladder, was dancing a lot, the pay and benefits were good, and I really liked Charlotte,” he said. “Plus I had no idea what the work situation would be like in the Bay Area.” Friends persuaded him to move and he discovered that the Bay Area has a large arts community. So just over a year ago, Justin took the plunge and moved to San Francisco. And he hasn’t looked back.

He and Kara married in May. He freelanced, dancing with a variety of companies throughout California. During one of these assignments, he met Diablo Ballet dancer Derek Sakakura, who encouraged Justin to contact Lauren Jonas, Diablo Ballet’s Artistic Director. “I wanted to see Diablo Ballet perform before I would seriously consider joining them,” Justin said. “I had heard lots of great things about the company and Lauren. And when I saw them perform, I knew I’d love to be a part of this group.” 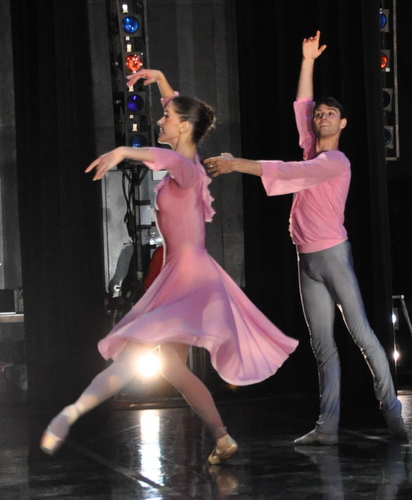 At 31, Justin refers to himself as an “older dancer.” He’s been a professional for 13 years, still works hard and continues to be very passionate about dance. But, after a major injury and surgery, he also knows that he has a limited amount of time to continue dancing. “Dance is a young sport,” he said. “I love what I do. But I don’t want to sacrifice myself. I work hard every day to maintain my flexibility and my ability to dance. As you get older, you don’t recover quite as quickly and have to be smarter about your body. The way Diablo Ballet works, the way Lauren runs the rehearsals, we’re just given more time. It’s a good pace,” he said.

Justin considers himself very fortunate. “I’ve had a successful career,” he stated. He measures success “not on what company you dance for, but by the fact that I’m doing what I love to do and getting paid for doing it.”

The larger, more famous companies may be prestigious, but, he explained, dancers may end up spending all their time in the chorus. “I’ve mentored younger dancers and always encourage them to audition with smaller companies where you actually get to dance,” Justin noted.

“With Diablo Ballet,” he told me, “I’m able to dance – and that’s what I’ve trained for my whole life. And it’s really nice to be working with experienced dancers. I get positive energy from them every day.”