It’s been 22 years since Diablo Ballet began. All those years ago, Lauren Jonas, the Ballet’s co-founder and Artistic Director, had big dreams. She wanted to bring a world-class professional ballet company to Contra Costa County; she wanted the company to enrich, inspire, enlighten and educate children and adults through the art of dance; she wanted the company to become an integral and supportive member of the local community; and she wanted the organization to offer programs for underserved children living in the area. She — and Diablo Ballet — have succeeded in all four lofty endeavors.

Diablo Ballet’s PEEK Program (Performing Arts Education & Enrichment for Kids) is the only arts education program of its kind offered by a professional dance company in the Bay Area and it has reached well over 65,000 diverse school children since its beginning. PEEK provides in-school movement curriculum and free dance performances to students and families in underserved areas who typically have few opportunities to participate in the arts.

“I’m so passionate about these programs,” Lauren recently said. “We go into schools in both Alameda and Contra Costa counties. We don’t teach them ballet, we teach them self-esteem and how to put their emotions into movement. We are one of the few dance companies in Northern California that are supported by the California Arts Council’s ‘Artists in Schools’ Program and through this support, I sincerely believe we are changing the lives of these children.”

JUMP StArts supports quality arts education and artists-in-residence programs for at-risk youth within the juvenile justice system. In its second year, 33 organizations applied for JUMP StArts funds; Diablo Ballet was one of only eight organizations receiving awards for this highly competitive and limited-funds grant program.

When told that Diablo Ballet had been chosen for this funding, Lauren exclaimed, “I am so honored that we were one of the organizations chosen for this special grant. Working in a Juvenile facility with the Ballet’s PEEK Extension has always been a wish of mine.”

The residency program began in mid-July. Lauren and Edward Stegge, PEEK’s Associate Director, go to Juvenile Hall each week to work with the girls in a classroom. Both Lauren and Eddie admitted to being nervous before their first session, not really knowing what to expect. They were screened and fingerprinted; they were given a list of things they could and could not do; they were told what colors they should not wear, questions they could not ask. They have to be admitted by guards. They were warned that some of the girls may have difficulty expressing themselves, may start fights.

And then the program started. After just one session, Lauren and Eddie knew they had found a new passion. They both said it has been one of the most rewarding experiences they’ve ever had and Lauren is already searching for additional grants in the hope of keeping the program going.

Although some of the girls displayed a negative attitude that first class, “walking in with a tough, skeptical look on their face,” Lauren said, they quickly warmed up. These are kids that haven’t had arts education at Mt. McKinley; they’re more accustomed to lectures and discussions about issues surrounding self-improvement. In that first class, Lauren and Eddie talked about themselves and each girl introduced herself. “We asked them to show a facial expression about who they are or what their name is,” Lauren explained. “Then we asked them to get up and, without words, use movement to act out their name or feeling.” Eddie noted that several of the girls passed, stating they didn’t want to participate. But when he told them that their facial expressions were interesting and didn’t actually look like they didn’t want to join in, “well, that warmed them up and just about everyone has participated since,” he said.

Lauren explained that each 45-60 minute session has been different. “We worked on ‘emotions into movement’ one time, then a ‘book into movement’ where we read a story, had the girls form small groups and continue the story using movement, not words.” There was a choreography session where the girls listened to music and then created a story to accompany it; again using movement, not words. They’ve seen and discussed videos of Diablo Ballet performances. “They always have such great questions,” Lauren noted.

They developed movement stories, which, according to both Lauren and Eddie, were really interesting and creative. Topics included going to court, peer pressure and dating. Five stories were selected. The girls again formed small groups, chose one piece of music after listening to 3 and each group performed their story for the rest of the class. Lauren proudly stated that the girls “really got into it.”

Gabriel Navia, a Bolivian guitarist who performed with the Ballet earlier this year, made a special appearance with Lauren and Eddie. He talked about rhythm, beat and improvisation with the girls. Then he played for them and, Lauren said, the girls asked smart, incredible questions. “It was magical,” Lauren continued, “watching the girls get up and improvise movement while Gabriel played.” 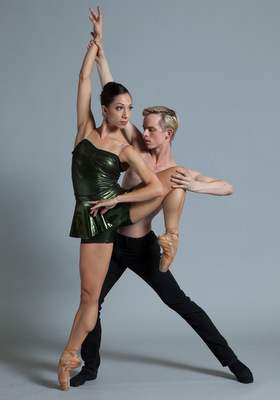 Amanda Farris, one of Diablo Ballet’s dancers, joined one of the sessions. She is on the cover of the Ballet’s 2015-16 brochure and, according to Lauren, “the girls were so excited. They had a celebrity in the room. They couldn’t believe it, commenting, ‘OMG, you’re on the cover of this magazine and now you’re here with us.’”

Eddie noted that the girls have really opened up since that first class. Some have even asked if they could attend a Diablo Ballet performance when they’re done with their incarceration. Lauren has assured them that if they contact her, she will get them a free ticket.

“You tend to forget they’re incarcerated,” Eddie said. Lauren expanded on that, noting that “you’re in a room with these kids, they’re engaged, happy, sweet, normal 15 to 17 year olds. When the class is over, the girls are told to stand in a single file with hands behind their backs. And then you remember – they can’t leave the facility.

“This has given me an opportunity to experience something I have never experienced before,” Lauren continued. “It’s one of the most rewarding things I’ve ever done. You can really see a difference in the girls, just in their participation and how they’re not holding back so much.” Eddie agreed, noting that the girls really seem to be more involved.

Sydney Mulkey, a history and earth sciences teacher at Mt. McKinley, agrees with that assessment. As a staff member that sits in with the class, she has observed that many of the girls “act a little differently when Lauren and Eddie are here. They’re more social. They open up a little more, seem to talk a little more personally, more about feelings. The main thing I’ve noticed is that many of them definitely seem more invested,” she said. “They want to actually get to know Lauren and Eddie. They just seem more interested in learning about them as people and what they do. It’s really nice to see.”

The residency is slated to end this year. Everyone would love to see it continue. “It’s been great and I think it’s nice for the girls to have something that’s a little out of the ordinary,” Sydney said. “It makes them feel special and gives them something to look forward to. Many have asked me if Eddie and Lauren are coming this week.” 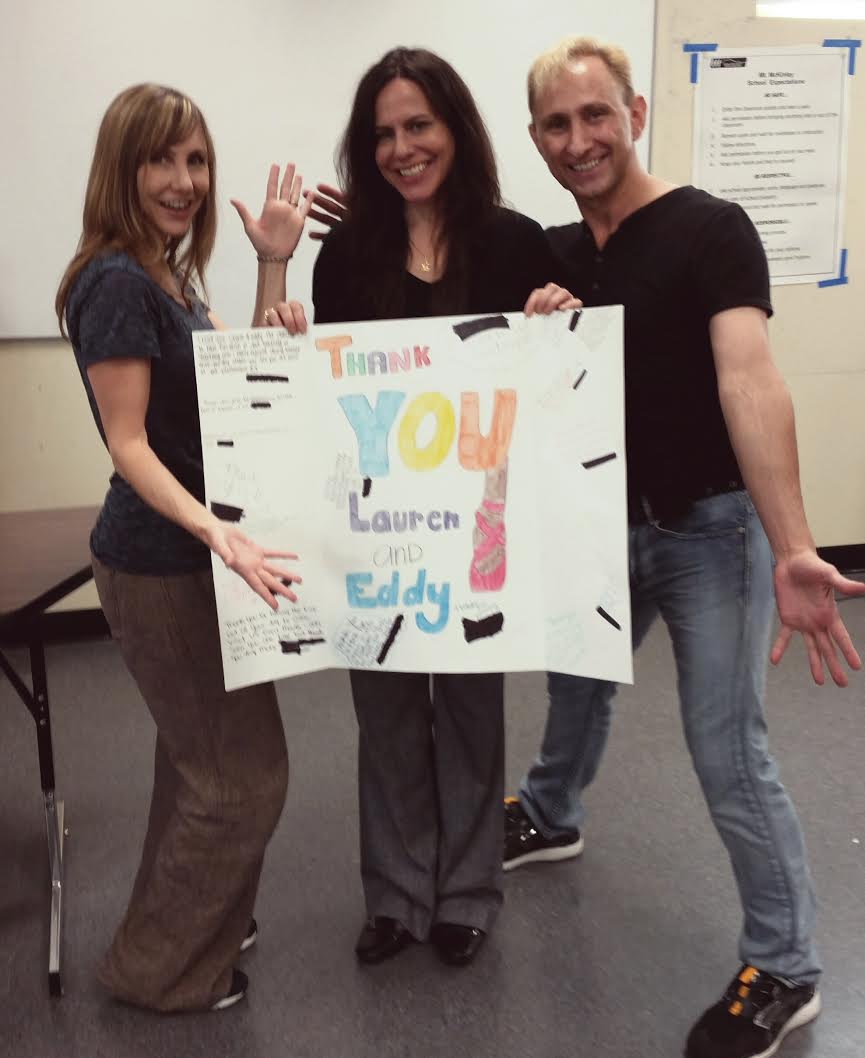 “I really hope we can find additional funds to continue this program,” Lauren said. “I’m just so sad to see it end so I’m continuing to look for funding to keep it going,” she stated, noting how quickly the time has gone. In fact, she said, she’s going to ask if she can stop by occasionally, just to see the girls. “It’s been a wonderfully rewarding experience. I hate to see it end. The girls are sad too.”