Balanchine’s Apollo Being Performed in February 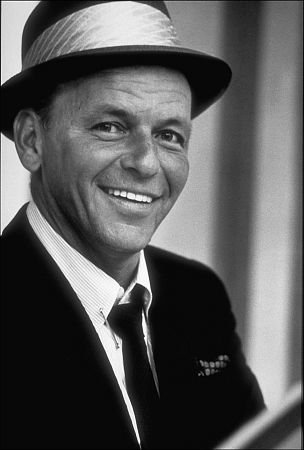 On Feb. 5 and 6, Diablo Ballet will again dazzle and inspire audiences with its second program of the 2015-16 season. “Precision and Balance” will feature My Way, choreographed by beloved Diablo Ballet alumna Tina Kay Bohnstedt (who, in 2010, the SF Chronicle called “one of the Bay Area’s hidden dancing treasures”) and set to music by Frank Sinatra; Milieu, staged by resident choreographer Robert Dekkers and set to a live performance of a commissioned score by Daniel Berkman; and George Balanchine’s masterpiece, Apollo, a perennial favorite of the ballet world.

My Way will feature Sinatra’s music, arranged by Greg Sudmeier, Diablo Ballet’s music director, and performed live by a cellist and pianist; the cellist had actually played with Sinatra many years ago. In Milieu, Dekkers explores our evolving relationships with the world, ourselves and one another in a rapidly changing environment. The music is not only an original composition by Berkman, a Bay Area electronic musician, composer, multi-instrumentalist and producer, but will be performed by him as well.

Apollo, originally titled Apollon Musagète, was created for Serge Diaghilev’s Ballets Russes; it premiered in Paris in 1928 and was Balanchine’s first major collaboration with composer Igor Stravinsky, often acknowledged as one of the great 20th century composers. (According to webcitation.org, Stravinsky actually was commissioned in 1927 “to compose a ballet for a festival of contemporary music to be held the following year at the Library of Congress, Washington. It was specified that this work should require only six dancers and last not more than half an hour, but he was given a free choice of subject. Stravinsky apparently had for some while been thinking of writing a ballet on an episode in Greek mythology and decided to center it on Apollo, leader of the muses.” The Washington premiere, said to be unsuccessful, was choreographed by Adolf Bohm; the first European production in Paris was choreographed by Balanchine.)

With this dramatic and powerful ballet, which created a sensation when it was first performed, the 24-year-old Balanchine achieved international recognition and began his long-term collaborative partnership with Stravinsky. The 1928 premiere of the ballet featured sets and costumes by French painter André Bauchant; the following year, new costumes were created by Coco Chanel.

Apollo depicts the young god as he is inspired into adulthood by the muses of poetry, mime, and dance. The three muses, wearing brilliant white costumes, dance solo variations before Apollo dances a pas de deux with the muse of dance. Roh.org.uk, the website of the Royal Opera House, said that “Balanchine’s choreography is perfectly in tune with Stravinsky’s music, which moves between dynamic playfulness and moments of solemnity.” It’s also said that Balanchine took cues from Stravinsky’s music, writing that when he heard the score, all he could see was pristine white. “Dancing is music made visible,” Balanchine stated. Nycballet.com reports that Balanchine said “I look back on Apollo as the turning point of my life. In its discipline and restraint, in its sustained oneness of tone and feeling, the score was a revelation. It seemed to tell me that I could dare not to use everything, that I, too, could eliminate.”

Serge Diaghilev, the Ballets Russes’ great impresario, who, watching a rehearsal one day before the premiere, is said to have remarked about Balanchine: “What he is doing is magnificent. It is pure classicism…” In her book, “Balanchine Variations,” former dance critic Nancy Goldner wrote about Apollo, stating “It remains a reference in the field of 20th century classical dance: sobriety combined with fantasy; rigour combined with liberty and abstraction combined with expression. All this is expressed in just a few minutes.”

In 2011, attheballet.com reported that “As Balanchine’s ballets are so often described, Apollo is pristine. Balanchine’s inventive, neoclassical steps evoke an entirely classical setting but small, intimate gestures are recognizable to the modern viewer…It remains one of the best and most important, enduring ballets.” 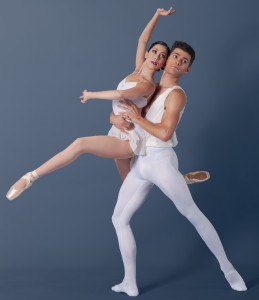 Finally, almost 10 years ago, Dede Barfield, former principal dancer with the Pennsylvania Ballet, said, “The choreography is so incredibly musical, so pure…the choreography tells you everything. The greatest challenge . . . I’d have to say, is to give the music everything it deserves . . . to really give credence to the music, to become the music.”

Diablo Ballet Artistic Director Lauren Jonas agrees with all of these accolades. One of her favorites, Diablo Ballet first performed Apollo in 1998. “Every time I watch it, I am reminded of George Balanchine’s genius. His use of musicality is masterful and the Ballet is absolutely timeless. You can’t tell where the music is coming from – the musicians or the dancers,” she said. “It’s such an honor to perform this and the company is as excited as I am.” Lauren is also thrilled to have Christopher Stolwell, an old friend and former artistic director at Oregon Ballet Theatre, staging this ballet for the company. “Watching Christopher in rehearsals is an education in itself,” she commented. “His knowledge is amazing.”

Apollo, My Way and Milieu will be performed on Friday and Saturday, Feb. 5-6 at Walnut Creek’s Del Valle Theater. Following each performance, there will be an interactive Q&A session with the dancers and choreographers; after that, audience members are invited to enjoy a complimentary dessert reception and meet Diablo Ballet’s world-class dancers. For tickets, call 925-943-7469 or go to https://diabloballet.org/tickets. We sincerely hope to see you there!