Dance Notes: From Dream to Reality 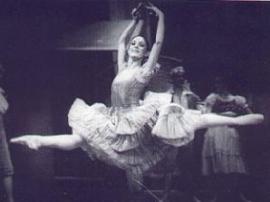 Diablo Ballet turns 25 years old in March, 2019. From now until that auspices date, there will be periodic blog posts taking you from the very beginning, when this incredible company was a mere idea, to the gala celebrating this remarkable accomplishment.

The dream to create a ballet company in the suburbs of San Francisco was about to become a reality. But first, there was much to do!

We know there are many companies that famously started in one room… the first Apple computer was developed in the Jobs family garage; Jeff Bezos created Amazon in his garage and Facebook began in Mark Zuckerberg’s Harvard dorm room. Starting a non-profit ballet company is quite a different story. After all, dancers need to be interviewed, auditioned and hired; rehearsal and performing venues secured; costumes and music obtained; dances selected learned and paid for; and a marketing plan created and implemented. All of this takes time and money…funds Diablo Ballet didn’t have. Even though there was a name, an artistic director, a small board of directors and seed money by late 1992, there was so much more that needed to get done. And it took more than a year of hard, dedicated work before Diablo Ballet could debut as Walnut Creek’s very own professional ballet company.

To begin with, co-founder Lauren Jonas admits she had very few administrative skills. “I didn’t even know how to use a computer at that time.” she confesses. She was a professional dancer, and had been for many years. She had fallen in love with ballet at a very young age and was totally passionate about it. As she revealed in a 2017 interview, “I just wanted to dance more than anything.”

And dance she did. Starting right out of high school and continuing for more than 10 years, Lauren, who trained with Marin Ballet, danced with the Milwaukee, Oakland and Southwest ballets, and toured with the Moscow Ballet. So obviously she knew ballet…knew about ballet companies, knew how they work and knew how she’d want her own company to be (and, conversely, not be).

Ash Habibullah, who started as Lauren’s student and quickly became her friend and staunch supporter now became her mentor, teaching her how to successfully run a company.

Ash, 18 years Lauren’s senior, came to California in 1969 from his native Pakistan to go through the graduate engineering program at UC Berkeley. Several years after achieving this goal, he founded Computers and Structures, Inc. (CSI), a structural and earthquake engineering software company.

In late ’92-early ’93, CSI was a small company, but Ash had attracted people from all over the world to work for him, “the best of the best,” Lauren noted. So that became the philosophy of Diablo Ballet. “We would form a small company of 8-10 dancers,” Lauren said. “They would come from different parts of the world and all be experienced, having danced with major companies; we weren’t looking for young, inexperienced dancers just completing their training. “I wanted the audience to get to know the dancers on a more intimate, personal level, and because it was a small organization, the audience could hopefully identify with them,” Lauren continued. She also wanted a positive working environment with “no drama. And I wanted the dancers to feel special. That was our premise then, as it still is today.”

Lauren acknowledges that Ash taught her just about everything when it comes to running a company. He taught her protocol, how to write grant proposals, how to be on a board, how to deal with people, how to lead an organization. Ash, whose business has grown considerably and today is a highly successful international company, has many employees who have been with him since the beginning. He mentored Lauren on how to be the kind of leader that others want to work with. Although Lauren reported that she innately knew how to work well with others, she said Ash “really taught me how to be a leader, how to put others first, how to deal with management and personnel issues. I know much of it is common sense,” she said, “but he really did teach me so much. I am completely indebted to him.”

“Basically,” Lauren commented, Ash “not only gave me a business education, but he taught me how to inspire people.” Lauren believes you can have talent and you can have drive, “but I feel it takes somebody from a higher place to believe in you and take a chance on you in order for you to get to the next level. Ash did that for me.”

The easiest part, Lauren said, was finding dancers. Having danced professionally for so many years, she, of course knew many dancers; once she started getting the word out that she was forming a company, “it was actually quite easy,” she reported. “People were really excited about getting involved in something new and, being a small company, dancers knew they would have more exposure than with many other larger companies.”

Lauren, Ash and Lawrence (Larry) Pech started meeting with local ballet schools, asking for advice and support. She and Ash designed and distributed posters, brochures and flyers, trying to “build the brand,” Lauren said. They bought ads for the back page of the Diablo Arts Magazine announcing ‘Diablo Ballet coming soon.’  “We were doing everything we could to build excitement,” Lauren noted. 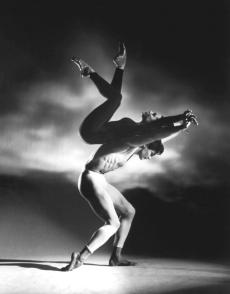 Along with Larry, who had been a principal dancer with the SF Ballet and was now serving as Diablo Ballet’s Artistic Director, Lauren picked ballets for their debut performance that “we thought would be exciting.”

They did and it was. As the Contra Costa Times wrote on March 12, 1994, two nights after the gala premier of Diablo Ballet, “Diablo Ballet debut delivers on the dream.”

Watch this space. In coming weeks, we’ll tell you about that very first performance — and many more details about this amazing company.