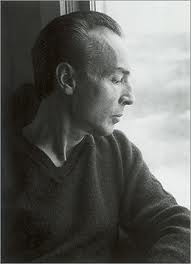 understatement.  The man U.S. News & World Report referred to as “the greatest choreographer of our time” choreographed 465 works in his 60-plus year career, beginning with a pas de deux (La Nuit) in 1920 and ending with a solo, Variations for Orchestra, in 1982.  In between he created works as diverse as the expansive Symphony in C and the theatrical Orpheus to the small-scale dances of Pavane.  Think about that…that’s an average of approximately 7 works every year…or 1.5 works each month!

Balanchine was born in St. Petersburg, Russia in 1904; his Russian mother was an arts lover and insisted that her son learn to play the piano and, at age 9, audition for the ballet. He was accepted into the Imperial Ballet School and, at 10 years old, made his dancing debut in The Sleeping Beauty.

Following his 1921 graduation, he enrolled in the state’s Conservatory of Music, where he studied piano and musical theory – training that made it possible for Balanchine, as a choreographer, to communicate with world renowned composers and easily translate music into dance. He graduated from the Conservatory in 1923 and danced as a member of the corps for another year.

In 1924, Balanchine, along with three other dancers, toured Western Europe; all four were invited by impresario Sergei Diaghilev to join his newly formed Ballets Russes in Paris.  Balanchine was soon promoted to ballet master and over the next five years, created nine ballets, working with such famous composers as Debussy and Stravinsky and artists/set designers Picasso and Matisse.  During this time, Balanchine, in collaboration with Stravinsky, premiered Apollo, a work he described as “the turning point in my life.” It was considered one of his most innovative ballets, combining classical ballet, classical Greek myth and images, and jazz movements. And it was the beginning of his lifelong friendship and collaborative relationship with Stravinsky (Balanchine made 29 ballets to Stravinsky’s music and programmed 3 Stravinsky festivals).

A serious knee injury in 1924 limited Balanchine’s ability to dance, thus bolstering his time and commitment to choreography.

Following Diaghilev’s death in 1929, Ballets Russe was dissolved and Balanchine took on various projects throughout Europe – choreographing for the Royal Danish Ballet, making a movie, staging dance extravaganzas and serving as ballet master for the Ballet Russe de Monte Carlo.

In 1933, Balanchine returned to Paris and formed his own company, Les Ballets. It was then and there that a meeting occurred, changing the history of 20th century dance.

George Balanchine conferring with Lincoln Kirstein, who invited him to co-found a new American ballet company after seeing his choreography in Europe.

Boston-born dance connoisseur Lincoln Kirstein had a dream to establish an American ballet school and American ballet company that would equal – and hopefully rival – those established in Europe.  After meeting Balanchine, Kirstein believed that, working together, they could, indeed, make this dream a reality.

Balanchine agreed to come to America and in 1934, the School of American Ballet was founded.  (Balanchine believed that most ballet teachers in the US were “terrible.  If they were in medicine, everyone would be poisoned.”)  The first ballet Balanchine choreographed in America – Serenade – was created as a workshop for students at the School. As he told his students, “See the music, hear the dance.” (The school is still operating, training students for the New York City Ballet as well as companies throughout the world.)

The following year, Kirstein and Balanchine established a touring company of

In 1946, Balanchine and Kirstein came together again – this time to form Ballet Society, which later became the New York City Ballet.  According to the NYC Ballet website, “Balanchine’s talents at last had found a permanent home.”

From then until his death in 1983, Balanchine served as the NYC Ballet’s artistic director, choreographing the majority of the productions the company introduced. Included in this list are Firebird (1949); Allegro Brillante (1956); Agon (1957); The Seven Deadly Sins (1958); A Midsummer Night’s Dream (1962); Don Quixote (1965); (For a comprehensive list, see http://en.wikipedia.org/wiki/List_of_ballets_by_George_Balanchine).  As Peter Martins, current dance master for the NYC Ballet, stated, “it was his reverence for music that became the driving force of New York City Ballet’s creative spirit.

Balanchine and Suzanne Farrell on the cover of Life Magazine, August 23 1965.

Those of us not enmeshed in the world of dance may not be familiar with many of Balanchine’s creations: La Valse; Scotch Symphony; Symphony in Three Movements; The Four Temperments. But there are several that even non-dancers would recognize.

In 1954, Balanchine choreographed his version of Tschaikovsky’s The Nutcracker for the NYC Ballet; this production, which is an annual holiday event of the NYC Ballet, has since become the most famous stage production of the Nutcracker performed in the U.S.   A 2012 review in the NY Times stated, “.. even to those of us who have seen many, the “Nutcracker” of all “Nutcrackers” — the one to keep returning to — remains George Balanchine’s.”

One of Balanchine’s other famous pieces will be performed by the Diablo Ballet at its May 3-4 “Inside the Dancers’ Studio” at Shadelands Arts Center Auditorium in Walnut Creek.  Stars and Stripes, featuring the music of John Phillip Sousa, premiered at the NYC Ballet in 1958.   At the time, some critics were shocked that the choreographer who had collaborated with Bach and Stravinsky would now make room on the ballet stage for military band tunes; however, to the eclectic Balanchine, Sousa’s marches seemed irresistible. The result, according to a review of a recent performance, was a splashy, uninhibited spectacle containing some of the most demanding and ingenious choreography Balanchine ever invented.

Balanchine also choreographed for movies (The Goldwyn Follies – 1938; On Your Toes – 1939) and musical theater (Babes in Arms – 1937; The Merry Widow – 1943). Through television, millions of people have been able to enjoy Balanchine’s works in their own homes.  “Choreography by Balanchine” was a four-part “Dance in America” presentation on PBS in 1977.

Apparently Balanchine was as passionate about women as he was about ballet.  He married five times – all his wives were also his dancers.  It’s been said that he also had numerous dalliances – again, with dancers.

Time Magazine, in 2004, said “Any good artist leaves behind works of value when he dies. When a great artist dies, he leaves an entire landscape transformed.  George Balanchine…left his imprint virtually everywhere in dance…no other modern choreographer has attracted so many devoted followers…the Balanchine style may be evolving into a…common language of dance spoken by everybody, everywhere.”

And Balanchine, himself, said, “Like the music of great musicians, [ballet] can be enjoyed and understood without any verbal introduction or explanation … The important thing in ballet is that movement itself, as it is sound which is important in a symphony. A ballet may contain a story, but the visual spectacle, not the story is the essential element. The choreographer and the dancer must remember that they reach the audience through the eye.”

Diane Claytor, a Chicago native, has spent most of her adult life living in the East Bay and working for several different non-profit organizations. Although admittedly not a dance aficionado, she enjoys all types of music and is probably happiest when she’s plugged into her mp3 player listening to whatever the mood dictates. She’s a staunch believer in arts education and is extremely impressed with Diablo Ballet’s PEEK program, ensuring that children of all economic levels have the opportunity to experience the power of dance.