The ABC’s of the USA’s Most Famous Choreographer: George Balanchine 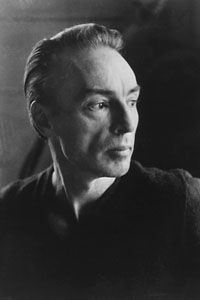 Apollo: The ballet, Apollo, which debuted in 1928 is Balanchine’s oldest surviving ballet and was his first major public success. It designated the beginning of his significant collaboration with the composer Stravinsky, as well as presented Neoclassicism, the style for which Balanchine would become famous. Balanchine described the creation of Apollo as a “turning point” in his life.

Ballet Russes: Following his departure from the USSR, Balanchine became a member of Les Ballet Russes, an itinerant ballet company that performed throughout Europe between 1909 and 1929. Regarded by many to be the greatest ballet company of the 20th century, it had a groundbreaking approach to artistic collaboration between contemporary choreographers, composers, designers, and artists. The company revitalized the art of dance performance.

Craftsman: Balanchine considered himself to be a craftsman rather than a creator, and compared choreography to cooking and cabinet making, both of which were hobbies of his. He said ” God creates, I do not create. I assemble and I steal from everywhere to do it–from what I see, from what the dancers can do, from what others do.”

Sergei Diaghilev: Diaghilev, ballet impresario and founder of Les Ballet Russes, invited Balanchine to join the company as dancer and choreographer. After Balanchine injured his knee, he could no longer dance and assumed the role of company choreographer.

Erik Satie: Satie was a notable French composer and pianist who, as a member of the French Avant-Garde ,worked with Balanchine for the Ballet Russes.

Fred Astaire: The American dancer Fred Astaire was greatly admired by Balanchine. He described Astaire as “the most interesting, inventive, elegant, dancer of our times.” And he claimed, “you see a little bit of Astaire in everybody’s dancing- a pause here, a move there. It was all Astaire originally.”

Giorgia: Meliton Balanchivadze, Balanchine’s father, was a noted Georgian composer and one of the initiators of Georgian opera.

Igor Stravinsky: Stravinsky was a Russian born composer who worked extensively with Balanchine. Thirty-nine of his ballets were choreographed to music by Stravinsky.

Philip Johnson: When renowned architect, Philip Johnson, was commissioned to design the New York State theater, George Balanchine worked closely with him on the design. The theater was intended to be a locale suitable for presenting large-scale works.

Kennedy Center Honors: This award is given to people in the performing arts for their lifetime contribution to American culture, and was awarded to Balanchine in 1978.

Lincoln Kirstein: Americans owes Kirstein a debt of gratitude for giving us Balanchine. The young arts patron persuaded the talented choreographer to relocate to the US where together they formed first The Ballet Society, and later the New York City Ballet.

ballerina, and first ever Native American to hold that position. She became Balanchine’s second wife when she was 21 and he was 42.

Neoclassicism: Balanchine’s Neoclassical style developed in Europe as a response to the Romantic anti-classicism of that time. Balanchine’s style focuses more on the actual dance with the plot being secondary.

Orpheus: The Ballet, Orpheus, created by Balanchine with Lincoln Kirsten for The Ballet Society, directly led to the formation of the NYCB. Orpheus premiered in 1948 at the City Center of Music and Drama. After seeing it, the center’s chairman invited Balanchine and Kirstein to set up a resident company which became the NYCB, of which Balanchine was ballet master until his death.

Plié: One of the characteristics for which The Balanchine Method is recognized, is its tendency toward very deep pliés.

Quote: Some insight into Balanchine’s work can be gained through his many profound quotes. A couple of my favorites are: “Dancing is music made visible.”; and “Dancers are instruments, like a piano the choreographer plays.”

Russian Orthodoxy: Balanchine died on April 30, 1983 at 79 years of age. He had a Russian Orthodox funeral and was interred at the Oakland Cemetery in Sag Harbor, New York. The New York City Ballet performed that evening according to schedule.

Suzanne Farrell: Farrell was the last of Balanchine’s muses. He created numerous roles for her, most notably the Diamond Section of the ballet Jewels.

Tanaquil Leclercq: When Tanaquil was 15 years old, she danced in a charity event for Polio choreographed by Balanchine. He played a character named Polio, and she his victim who fell to the floor paralyzed until the children in the audience threw dimes at her prompting her to get up and dance again. Life imitated art when years later, as Balanchine’s fourth wife, when she was actually stricken by Polio and paralyzed from the waist down, ending her dance career.  She was a remarkable ballerina.

Utilization: Dancers trained in the Balanchine method utilize more space in less time, so that speed, height, length, and a syncopated musicality are created.

Vera Zorina: Norwegian ballerina, Zorina, was the second wife of Balanchine. He took her to Hollywood and promoted her to several leading roles in films such as “The Goldwyn Follies” and “On Your Toes”, to name a few.

Wiener Waltzes: In English, Vienna Waltzes is a large scale ballet Balanchine created for NYCB to the music of Johann Strauss, Franz Lehár, and Richard Strauss. It premiered in 1977 at the NY State theater at the Lincoln Center, the theater Balanchine helped architect Johnson design.

Don Quixote: Balanchine’s ballet Don Quixote is viewed as a testament of his love for Suzanne Farrell. Farrell performed the role of Dulcinea, an ideal woman, while Balanchine himself played Don Quixote.

Broadway: Most of us today know Balanchine for his ballet choreography, but he also brought bourrées to Broadway. His work on musicals such as “On Your Toes”, “The Boys from Syracuse”, and “The Ziegfield Follies” was what made him famous with the American masses of the time.

Creutzfeldt-Jakob disease: Balanchine died of Creutzfeldt-Jakob disease, a degenerative brain disorder that leads to dimentia and ultimately death. He first showed signs of the illness five years prior to his death when he began losing his balance while dancing, however the disease itself was not diagnosed until after his death. A variant of this disease, dubbed Mad Cow Disease, became infamous in the 90’s when people in the UK contracted it from eating diseased beef.

George Balanchine changed the world of ballet. A true genius!