Diablo Ballet’s Landmark 20th Season is About to Begin

And when reading a description of these two, I realized just how appropriate they are as symbols for Diablo Ballet – not only during this, their 20th season, but throughout all their years of introducing and performing both classic and contemporary ballets with artistry and extraordinary talent. China is described as beautiful, elegant and delicate; platinum is said to be both strong and enduring. Diablo Ballet and its company of incredibly talented dancers personify all five of those very descriptive words.

Kicking Off the 20th Season 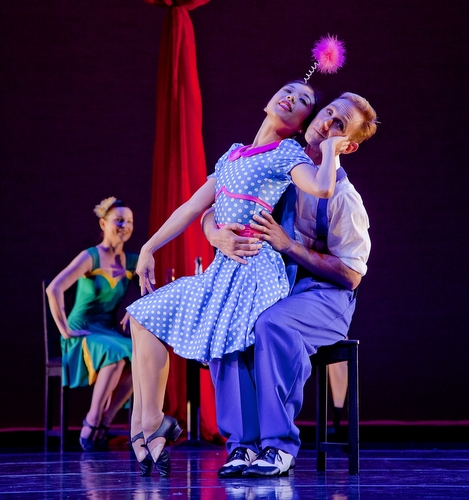 The 20th season kicks off November 9th (with additional performances on the 15th and 16th) with its popular A Swingin’ Holiday. Performed for the first time last year, the San Francisco Chronicle said “the company has a hit on its hands” and noted that the performance stood out from “other pop yuletide confections.” The California Literary Review said the dancing in Swingin’ Holiday was “fresh and spirited, while adhering to the rigors of perfect timing.” It also noted that the dancers “danced with the kind of razzle-dazzle that one would expect from a seasoned Broadway cast.”

This year’s performance will differ from last year’s world premiere, with Broadway dancer/choreographer Sean Kelly adding new sections and changing others. Dancers will perform to the swingin’ music – performed live by the Diablo Ballet Swing Orchestra under the direction of Greg Sudmeier – of the 30’s and 40’s by such legends as Duke Ellington, Glenn Miller, Nat King Cole and Wynton Marsalis. You’ll also be able to enjoy watching Diablo Ballet dancers moving to your favorite holiday tunes and jazzy renditions of The Nutcracker. 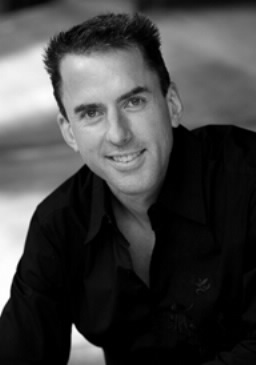 Kelly, a Bay Area native, began his dancing career with the Marin Ballet; he then spent more than 15 years as a principal dancer and then dance master with the Houston Ballet, performing in both classical and contemporary works. Once he left that company, he found himself becoming more interested in doing musical theater and in 2003 he was hired by Twyla Tharp to dance in Movin’ Out. He toured with that show for five years as a dancer and resident choreographer; after leaving Movin’ Out, he joined the first national tour of Billy Elliott as Resident choreographer. Kelly is currently the Associate Director for Rasta Thomas’s Bad Boys of Dance. 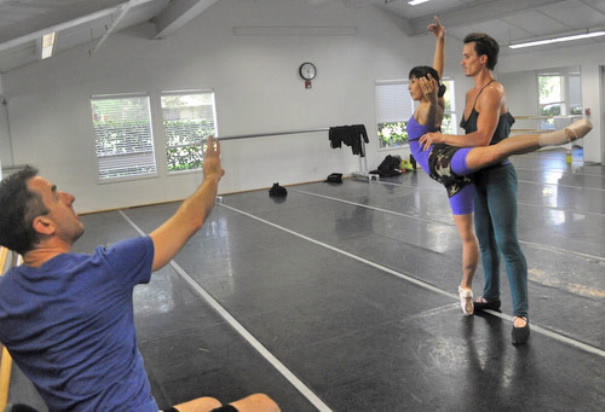 In an interview Kelly had last year with dancetabs.com describing his role as choreographer for A Swingin’ Holiday, he noted that Diablo Ballet’s dancers are well trained “and what I’ve definitely appreciated is that they’re open to the experience. Especially the more classically trained of them want to try the swing. They are very excited to learn, allowing me to be more vulnerable. That’s made it fun!”

Our Waltzes Trilogy is a neo-classical ballet that celebrates romance and love, is often compared to ballroom dancing with Latin influences and is set to Teresa Carreño‘s beautiful piano score, which will be performed live by Bay Area concert pianist, Roy Bogas. Lauren Jonas, Diablo Ballet’s Artistic Director, described this ballet as being both beautiful and passionate. “It’s so important for me to bring ballets to our area that have not been done here before. It’s so exciting to be able to introduce our audience to works they likely haven’t seen – especially dances like this that are just so beautiful.” 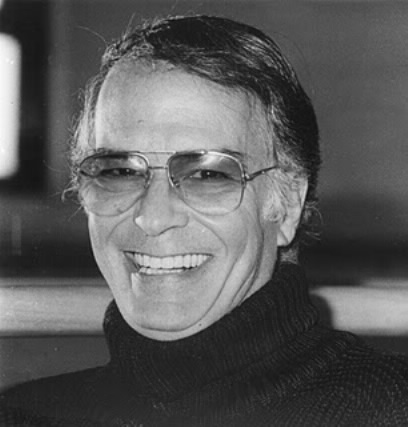 Vicente Nebrada, the choreographer of Our Waltzes Trilogy, served as the Director of the National Ballet of Caracas. The Venezuelan-born dancer and internationally known choreographer began his career dancing with the National Ballet of Venezuela; he also performed with the National Ballet of Cuba and the Joffrey Ballet. He was a founding member of the Harkness Ballet, where he created his first piece, a signature work, Percussion for Six Men, in 1969. Upon his death in 2002, The New York Times described Nebrada as a “soft-spoken, quietly observant choreographer with a seemingly instinctive sense of the repertory needs of ballet company directors. Skillful and reliable, he knew how to make dancers look good in highly theatrical ballets that were set to a wide variety of musical scores and had nearly as large a range of themes.”

Diablo Ballet company dancer David Fonnegra, who was a principal dancer for the Ballet de Caracas under the direction of Nebrada, will be setting the trilogy piece.

The final work being featured in November –a West Coast premiere – is a super charged solo that won the senior bronze medal at the 2010 International Ballet Competition. Compulsive is a fun, athletic, dynamic and emotive dance and another piece that Jonas is very excited to introduce to Bay Area audiences. Choreographer Mário Radačovský will travel to Walnut Creek from Slovakia to rehearse for several days before the performance to “make sure his work looks the way he intends,” Jonas reported. Additionally, Kyohei Giovanni Yoshida, the young man that won the medal in 2010, will be coming to the Bay Area to set it.

Jonas noted that Compulsive is both powerful and electrifying. “It has a definite European influence – ballet based but very athletic and contemporary,” she said. 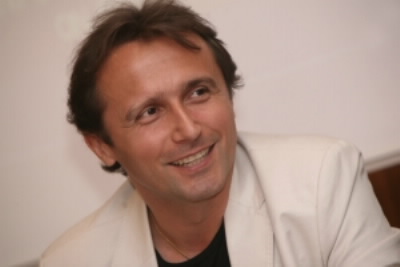 Radačovský, born in 1971, joined the Ballet Company of the Slovak National Theatre in 1989. He soon became a principal dancer with the company and, according to networkdance.com, “received acclaim for his ability to combine brilliant dancing technique with a natural acting talent and masculine expression. Indisputable proof of his extraordinary talent” was winning first prize in the Czechoslovak Ballet Competition in 1990. He was invited to dance with Jiri Kylian’s Netherlands Dance Theatre in the Hague in 1992 and spent seven years there. In 1999 Radačovský became principal dancer and main soloist in Les Grand Ballet Canadiens in Montreal.

He returned to the Ballet Company of the Slovak National Theatre in 2000 and several years later was named Artistic Director, a post he held until 2010. He has also been a regular participant of International Ballet Gala in Montreal.

The 20th Season kick-off is just the beginning of an incredible celebration.

At the end of January, Diablo Ballet will feature Emotions in Movement; the Power of Dance will be celebrated at the one night only anniversary gala in March; and the season will conclude with the Great Masters in May. Information on all of these performances can be found on our web site, www.krissyg.sg-host.com. And more detail information will be posted on this blog in coming weeks.

We hope you will join us for this very special milestone season – and you don’t even have to bring us any china or platinum.

Note: Following the November 9th and 16th matinees, ticket holders are invited to meet and mingle with the dancers. Children under 12 may also have their photo taken with the dancers in costume.