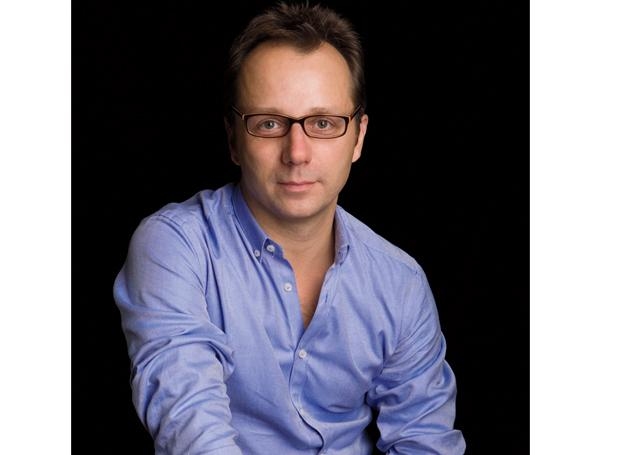 Stowell, who served as OBT’s artistic director for almost 10 years, was called inspirational and approachable. Larsen’s blog went on to say the OBT dancers had immense respect and admiration for Stowell and that his “consideration….artistic development and well-being were always evident. He created a culture of motivation to be excellent with ultimate respect for the art form.”

Stowell began his professional career in San Francisco, spending 16 years as a principal dancer with the San Francisco Ballet. Born in New York to New York City Ballet dancers Kent Stowell and Francia Russell, he spent seven years living in Germany in the early 70’s when his parents joined the Frankfurt Ballet company; they ultimately were named the company’s co-artistic directors.

It wasn’t until the family moved to Seattle and his parents became founding artistic directors of the Pacific Northwest Ballet that 11 year-old Stowell took a real interest in dancing, training with the Pacific Northwest Ballet school. Following high school graduation, he moved to New York to study with the School of American Ballet, and studied with Helgi Tomasson, then principal dancer for the New York City Ballet.

During that year Tomasson, known as one of the finest classical dancers of his time, accepted the position of artistic director for the San Francisco Ballet and invited Stowell to move west and join the company.

An article in the San Francisco Chronicle said that when with the San Francisco Ballet, Stowell “excelled in Balanchine, Robbins, Taylor, Morris, Forsythe and practically anything else thrown his way;” he was referred to as an “uncommonly gifted and musically sophisticated dancer.”

At age 35, “my body was just ready to stop,” Stowell said. He knew it was time to give up dancing and move on to the next phase of his life. He spent two years freelancing before taking on the role of artistic director for OBT.

According to portlandmonthlymag.com, Stowell drastically expanded OBT’s size and ambitions during his almost 10 year tenure. He added 56 ballets to the company’s repertoire, two dozen of which were world premiers, and significantly expanded the company’s inventory of George Balanchine ballets. He also created 10 ballets for the company. “His extensive training and experience, deep knowledge of the repertoire and dedication to the discipline’s exacting classical and contemporary vocabulary are all reflected in his programming,” the web site stated. “He’s built OBT into a nationally respected company.”

Oregonlive.com said that Stowell remade the company into “a polished, ambitious classical troupe…” Stowell himself noted, in an interview with Portland Monthly, that he was proud that he had been able to make OBT into “a more classically oriented company that was more in line with ballet companies in other major cities and more connected to the national and international dance world—to really emphasize technique and form and physical ability.”

In November 2012, Stowell announced his resignation from OBT. Like so many arts organizations, financial issues were becoming more significant. “There were funding problems, the company was looking at downsizing and I realized that it would no longer be possible to continue having the same type of company we had been building,” Stowell said.

“I didn’t know what, if any, work would be available once I decided to leave OBT,” Stowell stated. But it’s apparent he hasn’t had too much time to worry about it. “I’ve been working almost non-stop since I left,” he said. He’s choreographed and/or staged ballets for different companies, been a guest coach and guest teacher, and created new works.

Stowell has a long history

He just finished working with SF Ballet on Balanchine’s Brahms-Schoenberg Quartet; he assisted his mother on staging the piece and working with the principal dancers. And this weekend (May 9-10), you’ll be able to see Stowell’s work when, as part of its “Great Masters” program, Diablo Ballet performs Who Cares?, the playful Balanchine piece performed to lively George Gershwin Broadway hits.

Stowell has known Diablo Ballet’s Artistic Director, Lauren Jonas, for 20 years. He’s joined the company as guest artist, stager, coach and choreographer over the years. And he’s always available to help Diablo Ballet stage a Balanchine work. “I really like working with Diablo Ballet,” he said.

“It’s a small company where everyone is crucial to the organization, everyone feels valued. They really want to dance. They’re mature, experienced dancers and with Diablo, they have the opportunity to really dance. Their hearts are totally in it.”

As for Stowell’s future, he’d like to direct a company again, although he admits that he’s not in any particular hurry. “It’s very different not being responsible for a whole organization,” he said. “There’s a lot less stress. And if you’re a guest somewhere, only staying for a short amount of time, you’re always popular.”

To get Great Masters tickets to see Stowell’s staging of “Who Cares”, along with “Fade to Black”, a thrilling Diablo Ballet premiere by Val Caniparoli and set to the music of Nina Simone; “Happy Ending” – the reprisal of the popular work by Resident Choreographer Robert Dekkers, set to the whimsical sounds of Pogo; and “Behind the Mirror” by Diablo Ballet’s David Fonnegra, set to  Astor Piazzolla’s sultry music, call 925-943-1775 or go to www.krissyg.sg-host.com. This weekend’s performances will be at the Shadelands Arts Center Auditorium in Walnut Creek at 8 p.m. on both Friday, May 9 and Saturday, May 10; there is also a 2 p.m. performance on Saturday.