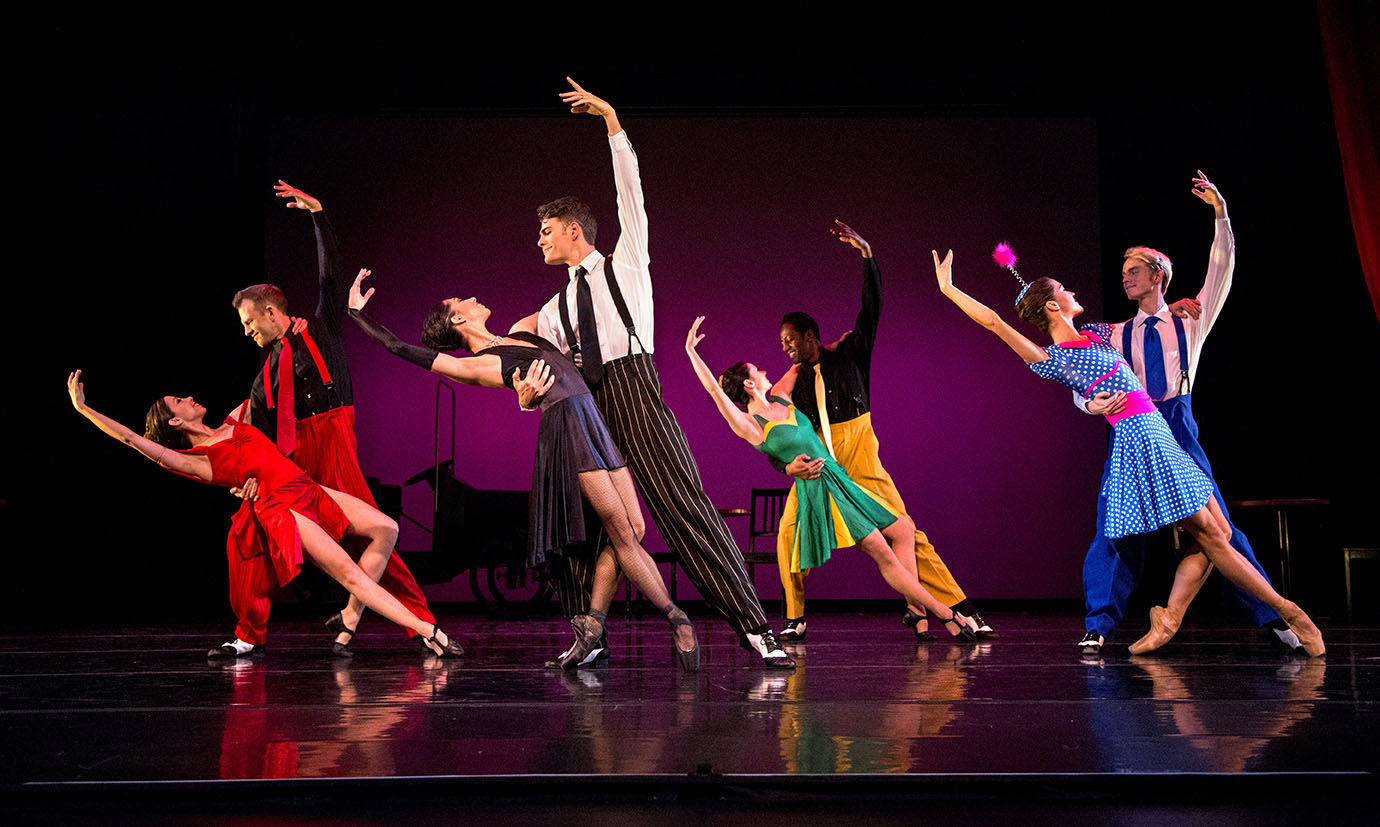 The outside temperature may give no indication that autumn is right around the corner, but stores are touting Halloween products and colder weather clothing, reminding us that it, will, indeed, be here before we know it. And with the fall season, comes more – and better — adult entertainment options: new TV shows, movies for audiences that don’t include young children and, perhaps the best yet, more cultural events to warm the soul and bring beauty back into our lives.

Amongst those wonderful entertainment choices is Diablo Ballet’s 24th season, set to open its curtain on Nov. 10. Audiences will once again have the opportunity to “Experience the Power of Dance” while they cheer A Swingin’ Holiday and More, the perfect way to kick off the holiday season.  This program, performing at Walnut Creek’s Del Valle Theater, features three stunning ballets, including Diablo Ballet’s very popular, A Swingin’ Holiday by Broadway choreographer Sean Kelly, currently Associate Director of An American in Paris. (In fact, Kelly, in the Bay Areafor the San Francisco run of his very popular play, set a new dance for this 2017 rendition of A Swingin’ Holiday.) Dancers will perform while the 16-piece Diablo Ballet Swing Orchestra plays lively music from the 30’s and 40’s, as well as jazzy versions of holiday favorites as well as music from The Nutcracker. This will definitely get audience members in the mood for the winter season and all the excitement and beauty that come with it.

Also included in the program is the classic masterpiece, Valse Fantaisie by George Balanchine, originally created in 1953 and set to a beautiful score by Mikhail Glinka. Called “a small gem,” in a New York Times review, Valse Fantaisie, the reviewer noted, is a “windswept pattern of pure dancing, attuned to the joyfulness of its waltz rhythms…With its dancers who never stop moving and who constantly run or leap in and out with great swiftness, Valse Fantaisie seems suddenly to distill the essence of Balanchine’s style: speed and momentum.”

The third repertoire in Diablo Ballet’s season opener is the touching duet, No One Does It Like You, choreographed by Resident Choreographer Robert Dekkers, set to music by Department of Eagles.

Performances are Friday, Nov. 10 at 8 p.m.; Saturday, Nov. 11 at 2 p.m. and 8 p.m. and Sunday, Nov. 12 at 2 p.m. Each performance is followed by a complimentary dessert and coffee reception where audience members can meet, mingle and talk with the incredibly talented dancers.  Tickets may be purchased online at https://lesherartscenter.showare.com/eventperformances.asp?evt=869.

The rest of Diablo Ballet’s 24th season is equally stunning and electrifying.

Once the holidays are over and you’re able to relax and refresh, you can begin the New Year with Harmonious Beauty, the second program of the season. Val Caniparoli’s romantic Ballroom Pas de Deux from A Cinderella Story, set to the music of the prolific Richard Rogers, will transport you to a magical time and place. A 2015 review in the San Francisco Chronicle called this ballet “genuinely charming.”

Danielle Rowe, who danced with the Australian Ballet for 10 years as a principal before joining the prestigious Nederlands Dans Theater, is creating a new and exciting ballet for Diablo Ballet, which will debut during the Feb. 2-3 Harmonious Beauty program. Also being presented, back by popular demand, is the award-winning film Libera by Walter Yamazaki, described as “a short film examining the dancer in two worlds – the world of constraint and the world of infinite freedom – and how they must strive to find balance between the two…” Criticaldance.com wrote about Libera, stating, it “introduced the dancers in a far more intimate and personal way – an explorationof identity, of life purpose, of BE-ing and dance-ness.”

Finally, Mileu, the exotic and mysterious ballet by Robert Dekkers, set to a live performance of a Daniel Berkman-commissioned score, will be performed. A review of Mileu on bachtrack.com said Diablo Ballet’s dancers displayed “fearless athleticism as well as drop-dead chic,” and stated that “there is a humanity and biting wit to Dekkers’ work that sets it apart from others in a similar genre.” 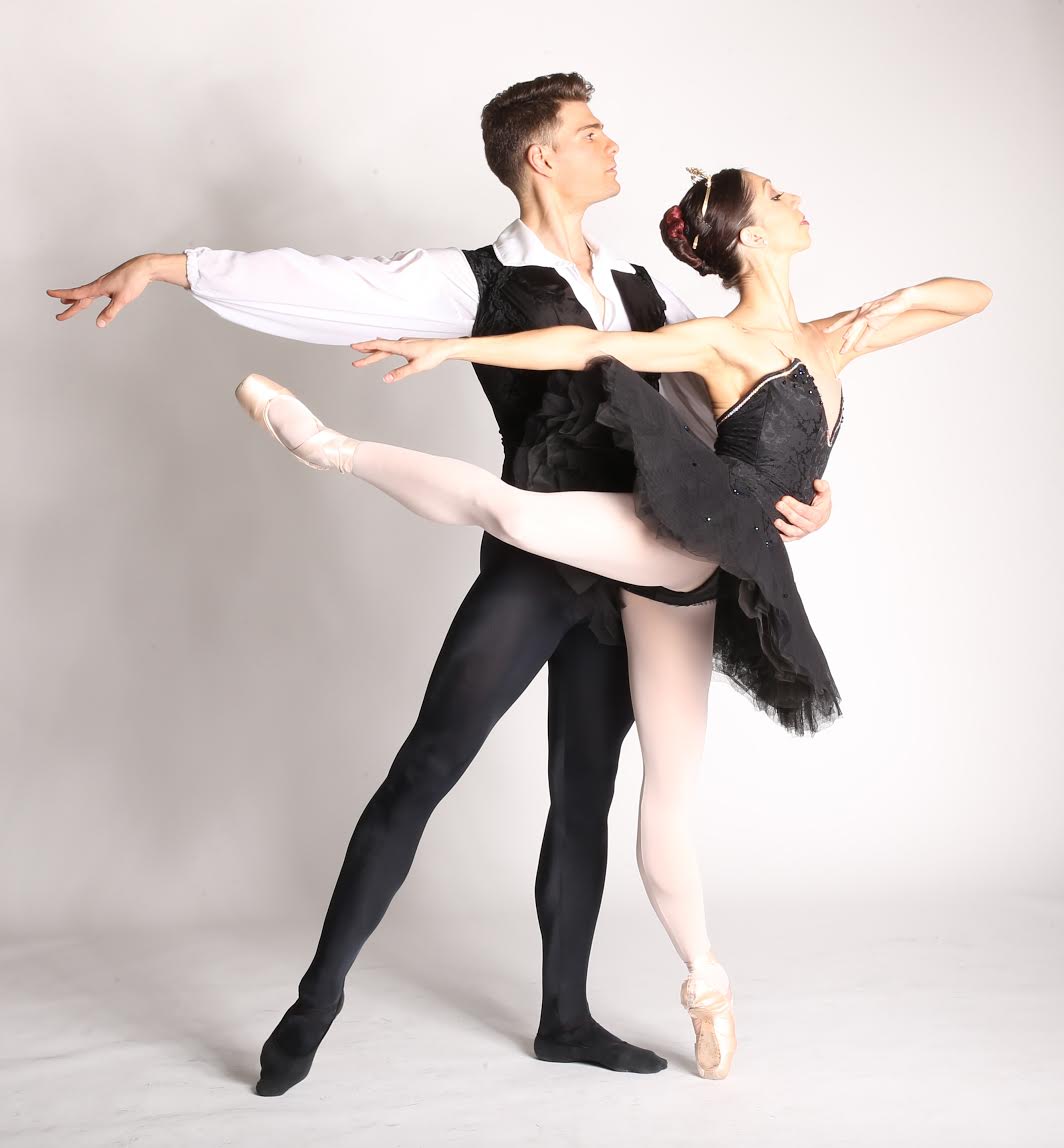 A Gala 24th anniversary celebration is set for March 22, 2018 at the Lesher Center for the Arts. This program features the Marcus Petipa’s Black Swan Pas de Deux and Coda from Swan Lake, described by the Royal Opera House as “an iconic moment from a ballet that has come to define the art form.” The celebration will continue with the dramatic Solas by Salvadore Aiello, former Royal Winnipeg Ballet dancer and choreographer, with music by Heitor Villa-Lobosa, considered by many as the “single most significant creative figure in 20th century Brazillian art music.” Award-winning Canadian choreographer Sonya Delwaide’s Trait d’union, Robert Dekkers’ From: Now On and a new film by Walter Yamazaki in collaboration with composer Justin Levitt, round out this incredibly festive evening.

Celebrated Masters concludes this incredible 24th season May 4-5, 2018 with a world premier of Robert Dekkers’ The Red Shoes, an imaginative interpretation of the timeless fairy tale; the stylish Quartet from Val Caniparoli’s Stolen Moments; and the lyrical Norwegian Moods by Lew Christensen, set to the music of Igor Stravinsky and originally commissioned for the San Francisco Ballet.

Every performance of Diablo Ballet features live music and is followed by a complimentary dessert and coffee reception where audience members can meet, mingle and talk with the amazingly talented dancers.

Tickets for individual performances may be purchased by going online to https://lesherartscenter.showare.com/eventperformances.asp?evt=869, calling 925-943-7469 or going to the Lesher Center ticket office in Walnut Creek. Or better yet, become a Diablo Ballet Subscriber, receiving reserved tickets for each of the four different repertoires, invitations to the popular Subscriber Lounge, open studio rehearsals and working rehearsals and a very special VIP card, giving you terrific offers to local restaurants and businesses; The VIP Card also provides special offers to attend performances of Broadway tours presented by SHN at the Orpheum Theatre and Golden Gate Theatre in San Francisco. To become a Diablo Ballet Subscriber, call 925-943-1775.